How the Ordinances Preach or Undermine Our Preaching

I had the opportunity to speak at the 2019 Shepherds 360 Conference on Communicating Truth (Oct 21-23, 2019), and my lesson was on how the ordinances either confirm or else undermine our preaching. Here are some of the highlights from the message I presented. (The full sermon can be viewed here)

Preachers love to think and talk about preaching. Yet have we given sufficient thought to what it means to preach in a church?

Seven Truths About the Ordinances

1) The Whole Church Speaks Through the Ordinances

That’s true. But also: in both ordinances the whole church speaks and acts. You don’t baptize yourself. There are always two parties involved. The baptizee speaks, but the church speaks also.

Jesus commands us to baptize people into his name in Matthew 28. Who is to baptize in his name? Ordinarily, it’s those who gather in his name. Matthew 18 basically says, where 2 or 3 gather in My name, giving testimony as 2 or 3 witnesses, I’m there. They represent My authority.

Baptism is a sign of the gospel and the gospel’s application. It is a sign that this person has turned from sin and has been united to Christ by faith.

I remember the day I was baptized, in August 2004, being able to visibly represent my union with Christ when the pastor submerged me and raised me from the symbolic grave, picturing the fact that I was a new creation. What a glorious moment and picture!

The Lord’s Supper, too, proclaims the gospel, as well as our union to Christ in the gospel. Paul says, “For as often as you eat this bread and drink the cup, you proclaim the Lord’s death until He comes” (1 Cor 11:26). That’s the heart of the gospel. But it also pictures the application of the gospel salvation to us (cf. 1 Cor 10:16-17).

The Supper pictures our joint and mutual participation as a church in the body and blood of Christ. That we are united to it. It belongs to us.

3) The Ordinances Mark Off A Church’s Membership, Both In Giving Them Or Withholding Them Through Church Discipline

Through baptism, the church says the one belongs to the many—it’s the front door into church membership.

It’s not a private communication. It’s a public statement. You know how a company sends a press release when it makes a big hire? That’s what baptism does.

Consider 1 Corinthians 10:17: “Because there is one bread, we who are many are one body, for we all partake of the one bread.”

4) God intends for preaching and the ordinances to work together

After all, that preaching will be “backed up” and “enforced” by the use of the ordinances. Here’s an illustration: if a non-Christian shows up, hears the gospel preached, and tells the pastor and church afterward that his heart is convicted and persuaded by the preacher’s words, the church will then baptize this new professor into membership according to his profession in the gospel which was preached.

If that newly baptized member lives for several years in the church, but then begins to sin unrepentantly as sin has been defined in the church’s teaching, the church will remove him from the Lord’s Table as an act of discipline according to Christian obedience as it’s been preached.

To be sure, that’s why pastors need to be utterly careful to preach only the Bible, not their political opinions, personal preferences, or anything else. When the pastor preaches in a church with the authority of the ordinances, it means he is saying to the saints, “This is a right interpretation of the Bible as this congregation understands it. This is what’s necessary for Christians to believe as this congregation understands it.” Again, it is conscience-binding if you would be a member of that congregation.

5) Carelessness with the ordinances contradicts and undermines our preaching

Of course, it’s not just the Lord’s Table, it’s how you handle the front door into the house—baptism. When people present themselves for baptism, do you take the time to make sure people understand the gospel? Do you ask them to count the cost? Do you explain what taking up your cross and following Jesus involves? Have you asked them to commit to a local church? Do they know what committing to a local church even means? Or do you just spontaneously baptize anyone who presents themselves?

Certainly, no, you shouldn’t screen for Christian maturity. But do you at least slow down long enough to have a conversation with people about the gospel, their understanding of the gospel, your expectations as a church?

6) We should handle the ordinances with care

For starters, teach and then interview baptismal and membership candidates. In my own church, a person must attend four membership classes. Because we’re small, I’ll typically do these classes with a person over coffee and very conversationally.

After that comes the membership interview. Oh, those are wonderful! Last time I got all teary hearing this couple’s testimonies. But there have also been times when I’ve said “no” to people who couldn’t explain the gospel.

When you do baptize, baptize people into church membership. I remember a pastor friend sharing the good news of baptizing an older man, and then causally mentioning that he hoped to eventually bring him into church membership, too. I sincerely don’t understand how he could do this. So I asked him, “You gave him the Jesus name tag, but now you’re just leaving him outside the nest? Unaccountable? What if he starts living in sin but still calling himself a Christian?”

Certainly there are exceptions to this rule of baptizing people into membership, as with the Ethiopian Eunuch in Acts 8. But ordinarily you baptize people into membership. Think of Acts 2: “what shall we do to be saved?” they said to Peter. “Repent and be baptized,” he replied. “And about 3000 were added to their number that day,” says the text. Added to what number? The church in Jerusalem.

Handling the ordinances with care also means fencing the Table. At our church we do it like this: “if you are a baptized member in good standing of some other church that preaches the same gospel you heard here, you’re welcome to join us.”

7) We should practice church discipline

When I say “church discipline” you probably think of excommunication—removing someone from membership and the Lord’s Table. But that’s just the final step. Discipline begins with the teaching. That’s formative discipline. And then discipline continues as we help one another fight sin. As we work to correct sin in one another’s lives. Discipline, in other words, is an ordinary part of the discipleship process.

If there is little culture of discipleship and discipline in your church, your preaching isn’t changing and shaping people and lives nearly as much as it could. It’s as God’s Word reverberates back and forth..

..that the church grows and is built up.

The ministry of the Word does not belong just to the preacher, but to the whole body (Eph 4:11-29)

In other words, you understand that your preaching offers the water of life. Praise God. But that water needs to run through the pipes and irrigation system we call the church members in order for the whole field to really be watered.

That brings us to…

Three Lesson For Preaching (in light of this church context)

1) Your primary audience is members, not non-Christian visitors

Read 1 Corinthians 14 and you’ll see Paul envisions both Christians and non-Christians attending church gatherings. Yet just like his epistles generally, he envisions the primary audience for your preaching to be the Christians, especially your own members.

The fact that your primary audience is the baptized, Lord’s Supper-receiving members of your church means you’re not preaching to an anonymous crowd, but to faces you know. So our call is to preach the Word, but we should make pastoral adjustments in how we explain and apply the word, just as you make pastoral adjustments between speaking to your first grader or your twelfth grader.

The fact that the authority of preaching and the authority of the ordinances work together means that your primary audience is your church members, not non-Christian visitors. Yes, you should address them, too, even explicitly. But they are a secondary audience.

2) Your posture is that of a shepherd and family member, not a coach or CEO or TED Talk celebrity

Think of how Paul instructs Timothy: “Do not rebuke an older man but encourage him as you would a father, younger men as brothers, older women as mothers, younger women as sisters, in all purity.” That’s not how CEOs talk. That’s not what you hear in TED talks.

If you tell your employees you’re going to sell the company, you’ll say it one way. If you’re telling your aging father that you need to sell the company you co-own, you’ll say it another way, right? We all know this instinctively. Communicating the truth in a church means communicating to family members. That should change how we speak, what we emphasize, how we qualify. Most crucially it means we speak with love, affection, understanding.

3) You must apply your sermons corporately, not just individually

But it’s crucial that you take every text like this and apply it corporately. "So how are we doing living out God's holiness as a church? Are we building relationships with one another and helping one another fight sin? Are we letting members just drift away? Are we practicing church discipline?"

Brother pastors, with every text you preach, ask yourself, what is the corporate application of this text?

Our job as pastors is not merely to communicate truth: it’s to communicate family-truth, flock-truth, covenant-truth, to God’s covenant people, God’s flock, God’s family. Our use of the ordinances—the way we practice membership and discipline—will affirm this truth or undermine this truth. Brothers, we cannot attend carefully to our preaching, but not attend to our churches.

Yes, it’s preaching that gives life, not baptism, membership roles, and the Supper. But it’s those latter things which screen for who is believing this preaching and who is not. And then it’s those things that hold a gospel people up on display for illustrating that preaching, and for coloring in the communication of God’s truth.

Jonathan Leeman serves as the editorial director of 9Marks and the 9Marks Journal. He is the author of a number of books such as Church Membership: How the World Knows Who Represents Jesus, How the Nations Rage: Rethinking Faith and Politics for a Divided Age, and The Rule of Love: How the Local Church Should Reflect God’s Love and Authority. Jonathan, his wife and their four daughters live in Washington, DC where he serves as an elder at Cheverly Baptist Church. He teaches for a number of seminaries, including The Southern Baptist Theological Seminary, Southeastern Baptist Theological Seminary, and the Reformed Theological Seminary. 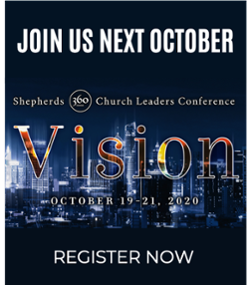