Shepherd-Elders and Their Children: Believers or Faithful?

“If anyone is above reproach, the husband of one wife, and his children are believers and not open to the charge of debauchery or insubordination. . .” (ESV)

Advocates of this view question why Paul would use the ambiguous term pistos (faithful/believing) and not the more exact term for submissive/obedient as in 1 Timothy 3:4, if by pistos he meant submissive. Moreover, they point out that the term “faithful” is not synonymous with the term “submissive” in 1 Timothy 3:4.

Faithful/Trustworthy: A few translations render the Greek term pistos as “faithful,” “trustworthy.” Having “faithful children” is the rendering of the Christian Standard Bible; NETBible; New King James Version; Translation of the New Testament (W. B. Godbey). 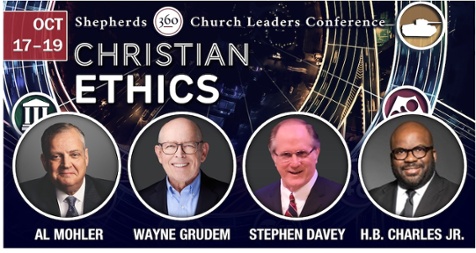 All Bible commentators acknowledge that either translation of pistos is possible, “faithful” or “believing.” Based on (1) the strong contrast between pistoi children and profligate children, (2) the parallel passage in 1 Timothy 3:4, and (3) how/when children become believers and the biblical doctrine of soteriology, the rendering “faithful” in respect to the father’s leadership and family rules is preferred here. Certainty is difficult.


The contrast in Titus 1:6 here is not between believing and unbelieving children, but between faithful children and children accused publicly by others of “debauchery” and “insubordination.”

These are extremely strong terms. Such wild and rebellious children would be a disgrace and heartache to any parent and to the local church community; these two terms seem to contrast better with faithful/trustworthy children than believing children. The terms “debauchery” and “insubordination” emphasize more than just being unbelievers; they describe a degenerate, prodigal child.

Not all unsaved children of Christian parents are open to the charge of insubordination and debauchery. Most are not. One’s child could be a disciplined, orderly person, and in good standing with the parents, but not be a born-again Christian, or at least not yet a believer. Such a child could still be described as “faithful” in relation to the father’s authority and household management, even if not spiritually saved. The term pistos needs to be understood in contrast to the terms “debaucher” and “insubordination.”

A potential elder, then, at the time of consideration for pastoral eldership, must not have children accused of “debauchery” or “insubordination.”

The word “debauchery” means “reckless abandon, debauchery, dissipation, profligacy . . . . wild living,”[i] (cf. 1 Peter 4:4; Eph. 5:18). The adverbal form of the same word is used of the prodigal son who “squandered his property in reckless living” (Luke 15:13). Such a person’s life would be marked by drunkenness, sexual promiscuity, drugs, cursing, gluttony, and wild spending sprees.

“Insubordination” means “refusing submission to authority, undisciplined, disobedient, rebellious.”[ii] As one commentator puts it: “[T]he implication is of disobedience that has reached the level of a flagrant disregard for the father’s authority.”[iii] This same term is used of the false teachers in Titus 1:10 and in 1 Timothy 1:9.

In contrast, a faithful child would be an obedient and submissive child, reliable, dutiful, loyal, fulfilling one’s obligation to parents.

Wild and rebellious behavior would not likely be characteristic of younger children, but of teens or young adults. The term child (τέκνόν [teknon]) refers to one’s offspring, whether a young child, an adolescent, or adult.

Since 1 Timothy 3:4 is the clearer, non-debatable passage, it should be allowed to help interpret the ambiguous, debatable one, Titus 1:6. The clause “keeping his children submissive” is closely equivalent in concept with “having faithful children.” In the Titus passage the qualification is stated in a positive form—the potential elder must have children who are “faithful” in the sense of behaviorally obedient and submissive to the father.

It is significant that in 1 Timothy 3, the emphasis falls on the submissiveness of the children; nothing is stated about their soul’s spiritual condition. It would seem that the same priority is reflected in Titus 1:6. It is surprising that a qualification as basic and fundamentally important as having believing children is not mentioned in 1 Timothy.

The interpretation that all of an elder’s children must be believers raises many difficult questions about how and when children are saved, and presents some very complex situations:

To require all of a prospective elder’s children to be believers places an impossible demand upon a father. Even the most godly, competent Christian fathers cannot guarantee that all their children will be believers. Even the perfect father of the prodigal son could not save his lost son. But God did! Salvation is a supernatural work of God. The Holy Spirit of God, not good parents, saves the lost sinner:

"But to all who did receive him, who believed in his name, he gave the right to become children of God, who were born, not of blood nor of the will of the flesh nor the will of man, but of God." (John 1:12–13)

If a person desires to be a church leader but has to have believing children, there will be the temptation to pressure a child into professing the faith, so that the father can say, “All my children have made professions of faith,” when in fact they are not yet all saved.

It is very rare to hear of little children raised in a Christian home not professing the beliefs of their parents. Younger children of Christian parents are not going to become Confucianists. They are going to believe in Christ as their family has told them to believe. So, in one sense almost every Christian father would be able to claim that his children have professed faith in Christ. But this could easily lead to coerced, false professions of faith.

Furthermore, children do not come to Christ at the same age. Some might be saved at 5 or 6 but others at 18 or 21, or older. I heard of one church that requires that an elder’s children be saved by 18, but this will result in hypocritical, false professions of faith both by the children and the parents. You cannot determine the time of a person’s conversion, nor should you ever try to force such a conversion. You are not the Holy Spirit!

Must a man wait until all his children are of age to make a credible profession of faith? This could take many years. Some men have children later in life. Such a person would be an old person before he is qualified to serve

A Simpler Interpretation Over the More Complex

The simpler interpretation (faithful children) avoids this maze of complex issues and questions. All the questions raised earlier are resolved when the passage is interpreted based on the clearer of the two passages, 1 Timothy 3:4. Thus I believe the apostle requires that a prospective elder have faithful/trustworthy/dutiful children, marked by obedience and submission.

While parents cannot save their children, godly parents do prepare the soil of the heart to receive the seed of the Word of God, the message of salvation. Happily being raised in a Christian home most often results in children believing the gospel. There is, as Paul states, a sanctifying influence involved in living in a Christian home (1 Cor. 7:14).

The real test of salvation often comes when children leave the home to go to college, into the military, or into business. It is at this point, when a child is more independent of the parents, that many young people no longer choose to follow the Lord and some deny the faith. I’ve seen this pattern many, many times, and it is heartbreaking for the parents who have raised their children properly in the fear of the Lord.

If this happens, is the father no longer qualified to be an elder? Both 1 Timothy 3 and Titus 1 seem to deal with children in the home, directly under the father’s authority. It is the father’s supervision of the home that is in question, not what happens to his children living outside the home as independent adults.

Finally, in such situations, we must always remind parents that the story is not over. Sometimes these young people come to Christ later than we would desire for them to confess Christ as their Lord and Savior. Even the prodigal son came home and repented of his sinful ways, and the father joyfully responded: “‘For this my son was dead, and he is alive again; he was lost, and is found.’ And they began to celebrate” (Luke 15:24). Praise the Lord for such celebrations.

There are always so many variables when judging these kinds of complex family issues. This is why it is essential that the elders and the congregation know the candidate’s character and family members. This is the only way that a candidate’s family life can be fairly assessed and declared “above reproach.”

*Comments and further insights on this passage are welcome and much appreciated, and can be shared below.

Alexander Strauch was raised in New Jersey and converted to Christ at a Bible camp in New York State. He received his undergraduate degree from Colorado Christian University and his Master’s in Divinity degree from Denver Seminary. For over forty years he served as an elder at Littleton Bible Chapel near Denver, Colorado. Additionally, he has taught philosophy and New Testament literature at Colorado Christian University. A gifted Bible teacher, author, and popular speaker, Mr. Strauch has helped thousands of churches worldwide through his expository writing and teaching ministry. He is one of the featured speakers for this October's Shepherds 360 Conference on the theme of "Differences."