People of the Book: Continuing the Battle for Biblical Inerrancy 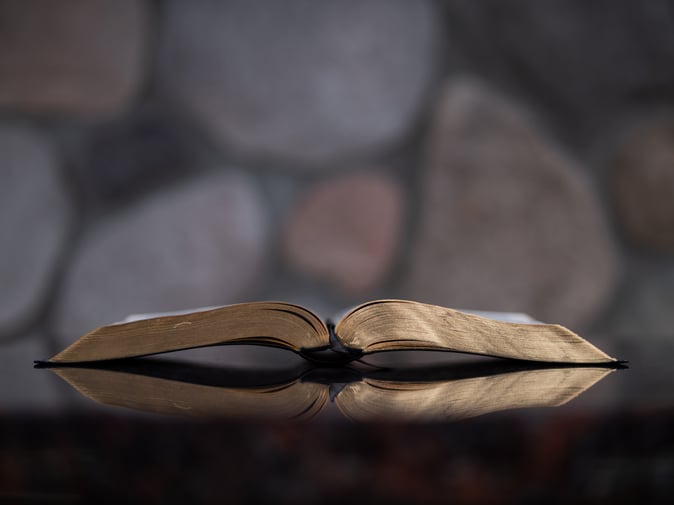 Back in 1990, theologian J. I. Packer recounted what he called a "Thirty Years' War" over the inerrancy of the Bible. He traced his involvement in this war in its American context back to a conference held in Wenham, Massachusetts in 1966, when he confronted some professors from evangelical institutions who "now declined to affirm the full truth of Scripture." That was nearly fifty years ago, and the war over the truthfulness of the Bible is still not over—not by a long shot.

From time to time, the dust has settled in one arena, only for the battle to erupt in another. In the 1970s, the most visible battles were fought over Fuller Theological Seminary and within the Lutheran Church--Missouri Synod. By the 1980s, the most heated controversies centered in the Southern Baptist Convention and its seminaries. Throughout this period, the evangelical movement sought to regain its footing on the doctrine. In 1978, a large number of leading evangelicals met and adopted a definitive statement that became known as "The Chicago Statement on Biblical Inerrancy."

Many thought the battles were over, or at least subsiding. Sadly, the debate over the inerrancy of the Bible continues. As a matter of fact, there seems to be a renewed effort to forge an evangelical identity apart from the claim that the Bible is totally truthful and without error.

Such arguments were advanced by, for example, Professor Peter Enns. He has argued that Paul, for example, was clearly wrong in assuming the historicity of Adam. In Inspiration and Incarnation: Evangelicals and the Problem of the Old Testament, he presented an argument for an "incarnational" model of biblical inspiration and authority. But in this rendering, incarnation—affirming the human dimension of Scripture—means accepting some necessary degree of error.

This argument is taken to the next step by Kenton L. Sparks in his book, God's Word in Human Words: An Evangelical Appropriation of Critical Biblical Scholarship. Sparks argued that it is nothing less than intellectually disastrous for evangelicals to claim that the Bible is without error.

His arguments, also serialized and summarized in a series of articles, are amazingly candid. He asserts that Evangelicalism has "painted itself into an intellectual corner" by claiming the inerrancy of Scripture. The movement is now in an "intellectual cul-de-sac," he laments, because we have "crossed an evidential threshold that makes it intellectually unsuitable to defend some of the standard dogmas of the conservative evangelical tradition." And, make no mistake, inerrancy is the central dogma he would have us let go.

God's Word in Human Words is an erudite book with a comprehensive argument. Kenton Sparks does not misunderstand the evangelical doctrine of biblical inerrancy—he understands it and sees it as intellectually disastrous. "So like any other book," he asserts, "the Bible appears to be a historically and culturally contingent text and, because of that, it reflects the diverse viewpoints of different people who lived in different times and places." But a contingent text bears all the errors of its contingent authors, and Sparks fully realizes this.

We now confront open calls to accept and affirm that there are indeed errors in the Bible. It is demanded that we accept the fact that the human authors of the Bible often erred because of their limited knowledge and erroneous assumptions about reality. We must, it is argued, abandon the claim that the Bible is a consistent whole. Rather, we are told to accept the claims that the human authors of Scripture were just plain wrong in some texts -- even in texts that define God and his ways. We are told that some texts are just "down-right sinister or evil."

And, note clearly, we are told that we must do this in order to save Evangelicalism from an intellectual disaster.

Of course, accepting this demand amounts to a theological disaster of incalculable magnitude. Rarely has this been more apparent and undeniable. The rejection of the Bible's inerrancy will please the evangelical revisionists, but it will rob the church of its secure knowledge that the Bible is indeed true, trustworthy and fully authoritative.

The church must always endeavor to live as a people of the book—as Scriptural people devoted to zealous study of God’s Word. The Bible is the norming norm that cannot be normed. Christians must affirm biblical authority and the inerrancy of Scripture, always remembering that when we surrender its authority, we threaten the very existence of our churches. Where you find a church, you find a community committed to the Bible. Take that away, and the walls will crumble.

R. Albert Mohler Jr. is the president of The Southern Baptist Theological Seminary. In addition to his presidential duties, he is a professor of Christian theology and hosts two programs: “The Briefing,” a daily analysis of news and events from a Christian worldview; and “Thinking in Public,” a series of conversations with the day’s leading thinkers. Dr. Mohler has also authored numerous books. He brings his expertise on moral, cultural, and theological issues to this year's Shepherds 360 Conference.