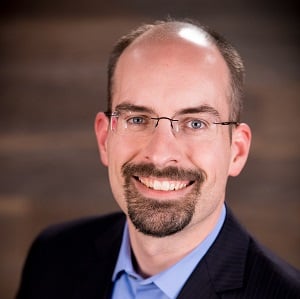 Dr. Nathan Burggraff considers himself equally a pianist, teacher, and music composer. His passion for the piano began at the age of eight and, as a teenager, he performed offertories and specials in his church as well as accompanied for various school choirs. He pursued music in his undergraduate studies at Clearwater Christian College, with concentrations in both piano and composition. While in graduate school, Nathan served as an itinerant sacred concert pianist, traveling to over one hundred churches throughout the United States and Canada. Though Nathan’s musical career began as a solo piano performer, it was during his graduate studies that he realized his desire to teach music theory in order to help other musicians enhance their craft.

Nathan completed his graduate studies at the Eastman School of Music in Rochester, NY, having earned masters degrees in Piano Accompanying (2007) and Music Theory Pedagogy (2010) as well as a Ph.D. in Music Theory (2015). His dissertation research focused on the interaction of postmodern themes in music and theology. His current research is focused on musical changes to congregational songs in American evangelical churches and the impact these changes have had on congregational participation in singing. He has presented at several national conferences including the Society for Music Theory, Society for Christian Scholarship in Music, Shepherds 360 Conference, and the biennial Christian Congregational Music Conference in Oxford, United Kingdom.

Currently, Nathan serves as Assistant Professor of Music Theory in the School of Church Music at Southwestern Baptist Theological Seminary in Fort Worth, TX. He also serves as the Instrumental Director at Birchman Baptist Church in Fort Worth. Prior to joining Southwestern in 2015, Nathan served as Music Administrator at Open Door Baptist Church in Churchville, NY for three and a half years. In addition, he has participated in several musical mission trips to Peru and South Africa and, in 2009, organized and led a missions team to South Africa to present concerts in cities along the southern coast. To find out more about Nathan, visit www.nathanburggraff.com.