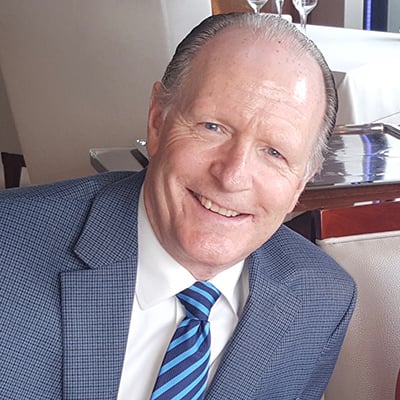 John Glass was born of American parents in Paris, France and raised in Geneva, Switzerland. In 1976, at the age of 19, John back-backed for 6 months from Switzerland to India in search of life’s answers and was led to Christ by a missionary in New Delhi. He has served as a church-planter in France and Switzerland for the last 33 years, first with TEAM and currently with Grace Ministries International (GMI). In 2007, John started a French-speaking church that he is currently pastoring in the heart of Geneva l’Eglise Evangélique Internationale de Genève (www.eeig.ch). He holds BA (Spanish) from Syracuse University, an MDiv from Talbot Theological Seminary and a DMin from the Master’s Seminary. He is the author of two books in French and is about to publish his DMin thesis titled A Walking Guide to John Calvin’s Geneva. John can be heard on a weekly radio program in Geneva called More Precious Than Gold. John served as chaplain to Geneva-Servette hockey team for 16 years, making him at the time the only professional sports chaplain in Switzerland. He also enjoys giving Reformation/Calvin tours in Geneva. He and his wife Meg have three grown children.